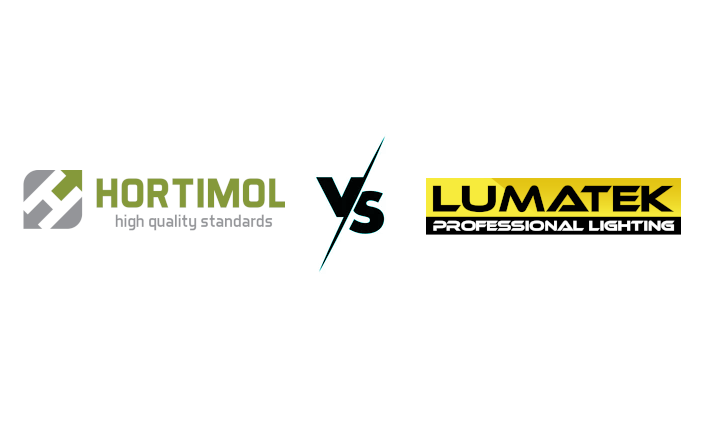 The biggest advantage of LED horticultural lighting is probably their ability to provide diffused light, and the most homogeneous photon density possible over the entire surface. It therefore seemed logical to us to focus our tests on this criterion, and it is with this in mind that we have defined the following technical characteristic: the homogeneity index. It is an absolute quantity (without unit) which represents the capacity of the luminaire, at a given height, to provide a homogeneous light density on the surface for which it has been optimized. In short, the bigger the number, the better!

In order to put the different luminaires on an equal footing, we tested them in an identical environment, namely a HOMEbox Ambient Q100 with a PAR + coating at room temperature. The density measurements were carried out on each intersection of the grid, and a four-point average was carried out for each of the 25 cells of the PPFD tables presented below.

A low homogeneity and a high?

The exact definition of the absolute homogeneity index is simply an arithmetic mean of two underlying indices, namely those of high and low homogeneity. These two indices are defined in a similar manner, namely as the ratio between the average PPFD density and the difference between this value and the PPFD density of the highest box (or low, depending on the index).

We therefore finally have:

The values ​​of this index can be interpreted as follows:

We took measurements at two different heights for the MXH4, for the ATS 300 and ATS300PRO we kept a single distance, the most consistent in terms of density and hot spot.

Here are the results of the tests that were carried out 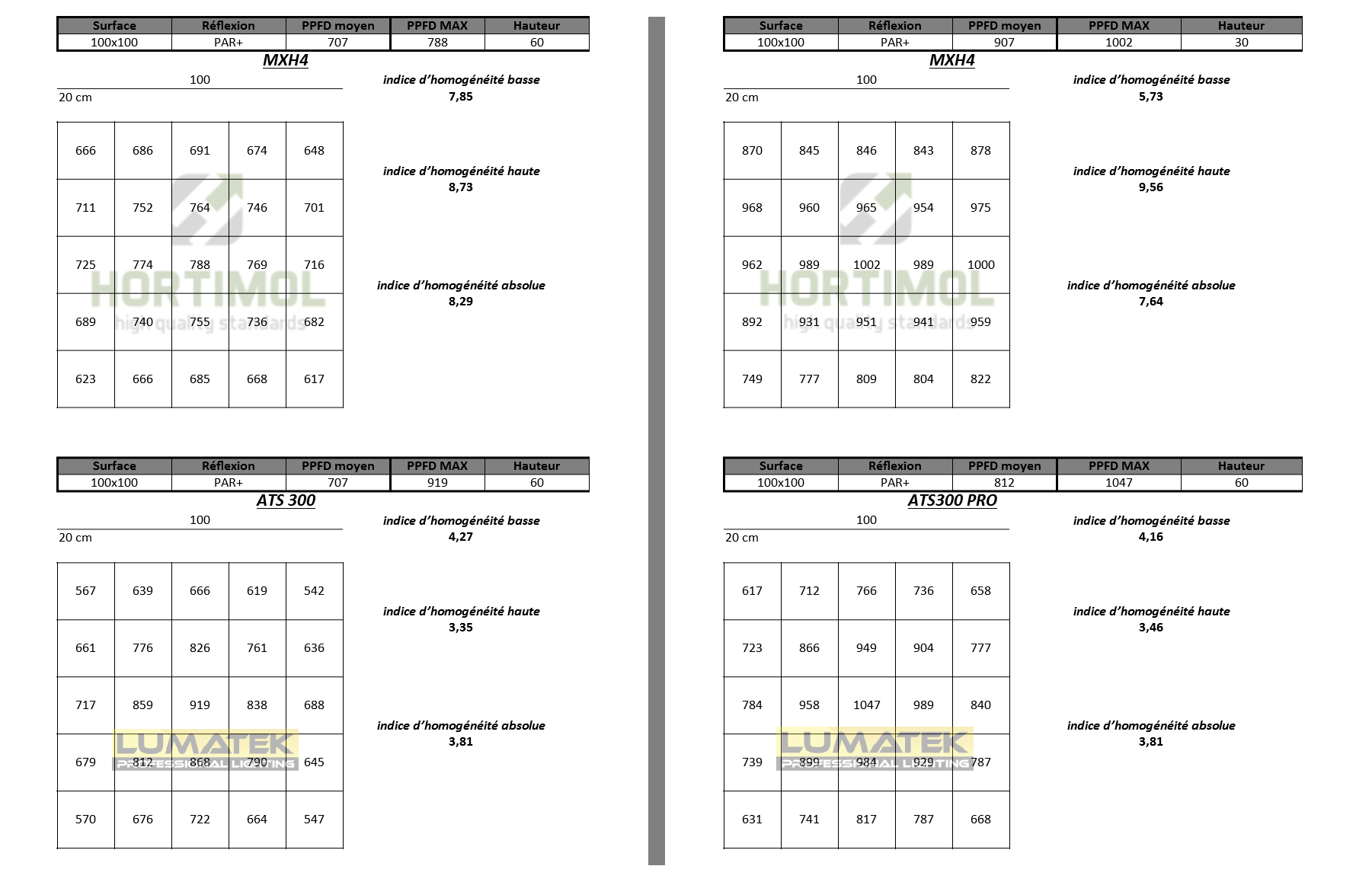 We can quickly see from the indications that the distribution is always more homogeneous with a larger luminaire. Indeed, the MXH4 filling the entire surface with its LED bars of more than 90 cm, it will always have an advantage compared to the ATS. Also we realize that a bad homogeneity implies the appearance of a hot point before the average has reached sufficiently high values. For example, the ATS300PRO, at 30 cm already exceeds 1000 PPFD in the center while we have an average of only 812 (which remains higher than an HPS equipped on a mid-range reflector). There or with the MXH4 we have an average of 907, barely touching the 1000 in the center. The most attentive will notice that to reach a hot point of 1000 the MXH4 must be lowered lower than the ATS300, but regardless of the height, we keep a better light distribution. We even have, at equivalent height, equivalent cold spots between ATS300PRO and MXH4; and an average density equal to the ATS300. So if some will say that this need to lower the luminaire testifies to its lack of punch, I will simply answer them that it is rather the small size of the ATS which requires to gain height (a lot of height) in order to recover a minimum of 'homogeneity.

It is important to remember that here we have only explored one of the different comparison criteria. Admittedly, the light distribution remains an important component of the cost / interest calculation, but there are other factors to be taken into account such as the release of heat, the maintenance of the photon flux in the long term (LM certification), as well as the penetrative capacity of light, its spectrum, or the actual electrical consumption of the device.

So tell us in the comments which is your favorite luminaire to illuminate your m²! And don't forget to tell us why :)